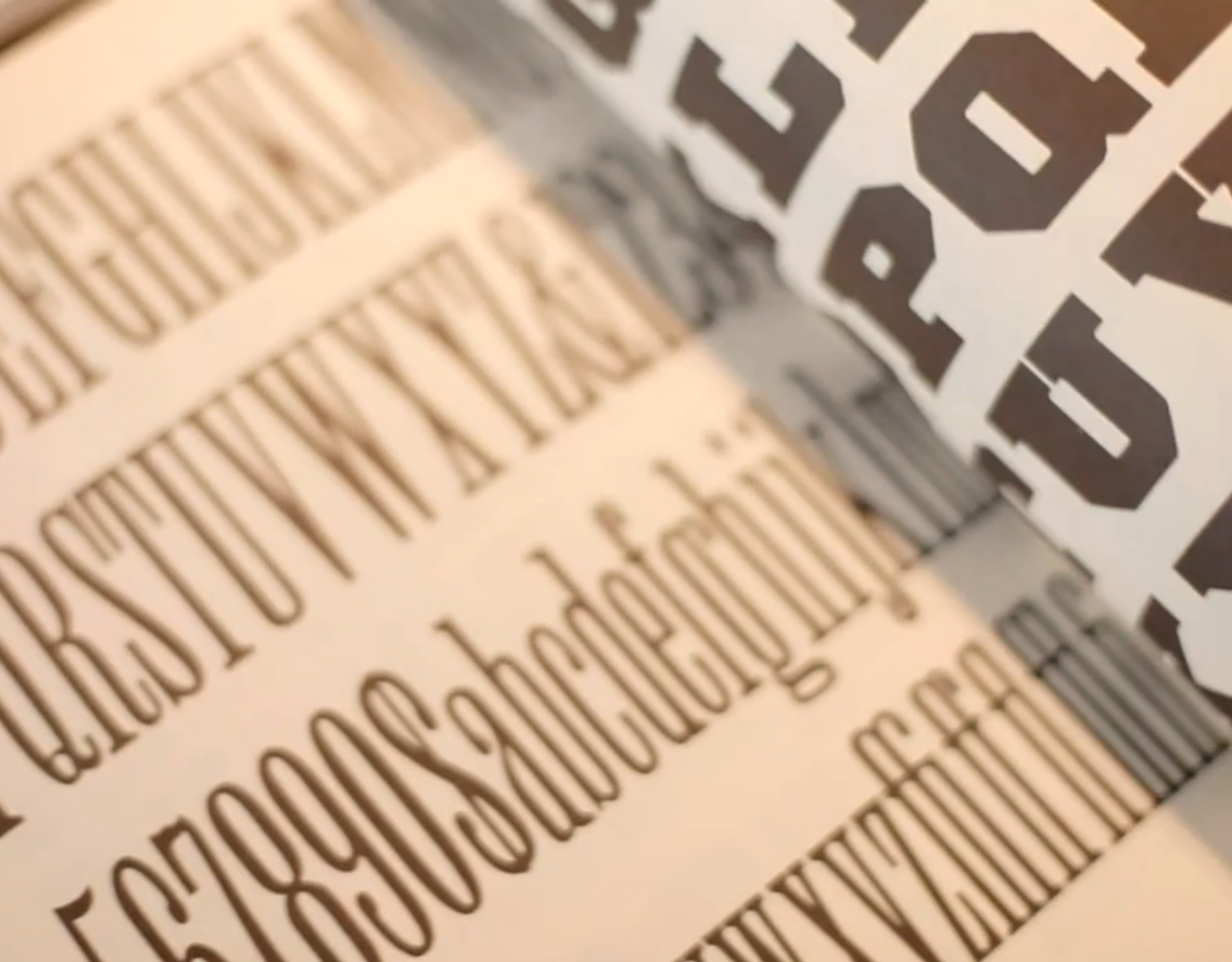 Not that long ago I was asked to do make a quick music track for a short doco that Urtext Films were putting together. I was told the video was put together rather quickly, and they wanted a simple underscore, possibly in the form of a solo instrument or two to accompany the visuals and dialogue. Viewing and underscoring this video brought about a few thoughts regarding the creative process, new technology, and ideas on the ‘human element’ that I would like to share in this blog entry.

The video embodies a case study of the artisan, the specialist, someone who is combining the best of old and new technologies to provide tailor-made products that offer personality and substance. The artist in this case is graphic-designer/ typology-specialist Ankles. Matthew Salleh, the director of the video, delves into detail on the work of such artists like Ankles, and relates the work of Urtext to the aesthetic and artistic ideal which is held among this community. You can read his thoughts here. 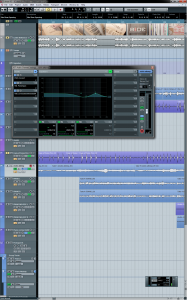 What I would like to draw our attention to is the relationship between the use of new technology in filmmaking, graphic design and music composition for media. What Photoshop is for the graphic designer is what Avid is for the filmmaker, is what Kontakt and the DAW is for the composer. What is all this? It is the representation of the digitalization of the process of art-making, and arguably of the artistic world itself.

Being a composer for media today is much different than it was ten, even five years ago. Almost every instrument known to man has been sampled in some way shape or form. Finding an oud or Celtic harp simply requires a quick google search and a PayPal transaction.

Not only can the availability and ease of use of such technology stifle the creative process, but it can also limit a composer’s originality and identity. The characteristics of a digitally produced mockup or composition can be defined by the combination of those specific sound and sample libraries, rather than of the series of notes, articulations and phrases.

In this day and age of digital technology we are becoming obsessed with the over-produced nature of audio and visual media. Sometimes I feel that watching a promo for an upcoming reality TV show on any of the major channels, with the oversupply of lens flares, flashy lights, fast editing and excessive audio compressed to kingdom-come, is somewhat akin to being strapped into an electric chair without the happy ending. Don’t get me wrong, I love Skrillex, Scott Pilgrim, digital art, and all things “Tumblr” and “New Aesthetic“, but sometimes one needs a breather, a moment to stop and think, a moment to remind ourselves of what makes us human, and what of those human elements are reflected in the art that we produce. 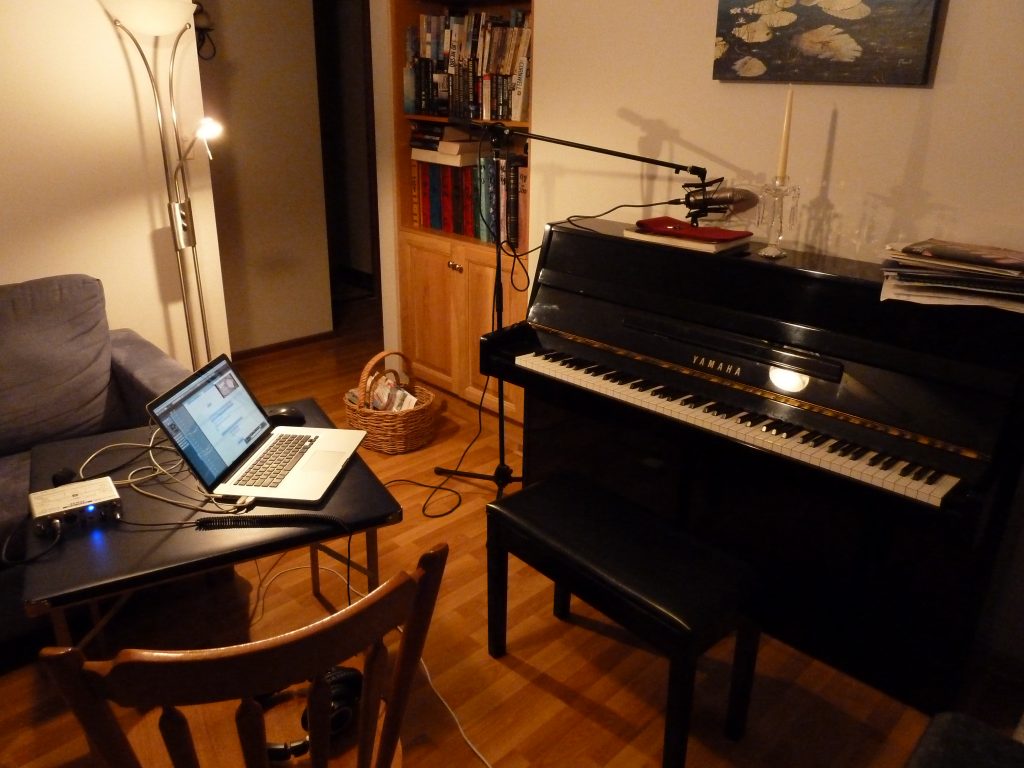 While I may run the risk of sounding pretentious, as the track I wrote for this video is by no means a masterpiece, it was definitely a time to exercise my own human element and physicality in the process of the creation of this underscore. I decided from the outset that I would not use any MIDI-triggered virtual instruments or pre-recorded sounds, so that each sound is created specifically for the project using what I could play by hand. I had 1 mic, a USB audio interface, a laptop, a ukelele, a violin, and our yamaha upright. Aside from my wishing I could play lutes and violins better, it did spark contemplation and thought on my own creative processes. In the past I have been over cautious and fussy about correct mic positions, high end pluggins and sample libraries. But recently I have found that often the beauty of a specific sound comes from the sound source, the slightly imperfect Bb on a violin, rather than a sampled something-or-other running through a specific type of side-chain compression or EQ. The temporary abandonment of samplers and MIDI brought about a certain type of liberation and freedom in the creative process, which I don’t often have a chance to bathe in.

I can imagine a plethora of composers and musicians reading this and saying: “well, duh!”, and I am not writing about this as if to say this is a totally new and profound discovery. But, I do believe that the ability to maintain a human element in the creation of hand-crafted, tailor-made products is something we have to keep in mind while we dive into the digital world and make use of its various benefits and advantages. This piece, like I mentioned before, is no masterpiece; it is merely a pinprick on the realm of possibility, and marks the beginning of a journey of what will hopefully be a series of pieces to be composed with this type of mindset embedded in the creative process. 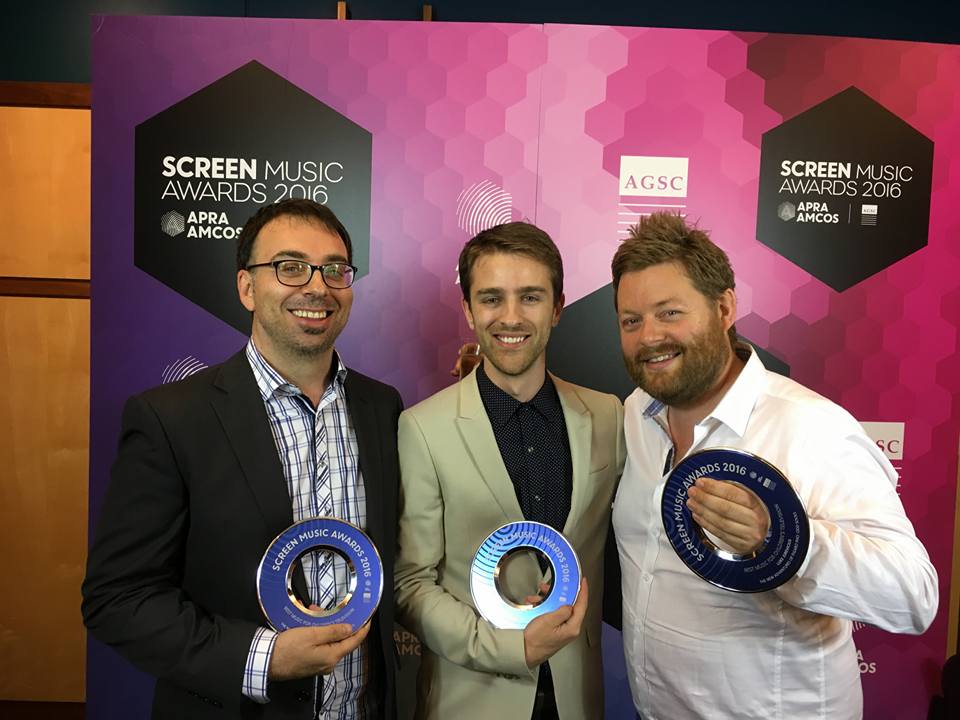 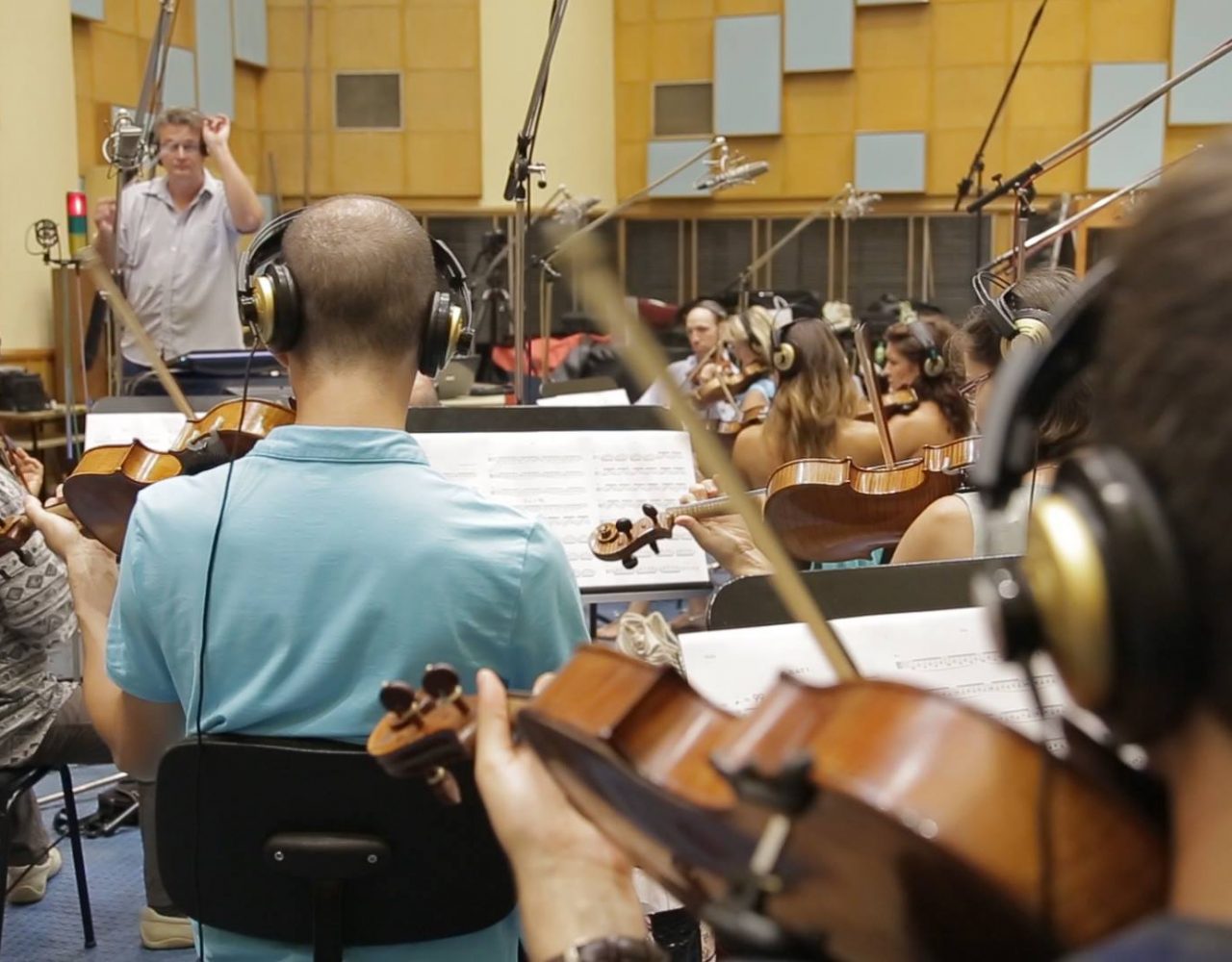